Celebrating the Freedom to Read! 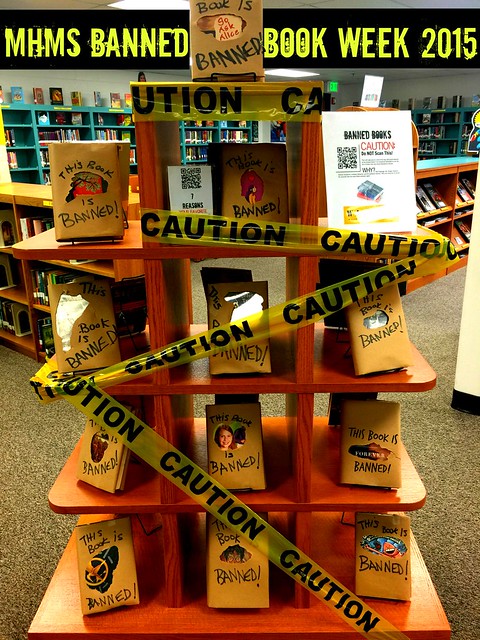 MHMS Celebrates National Banned Book Week with a display highlighting some of the books that have been banned throughout the years in American school and public libraries. 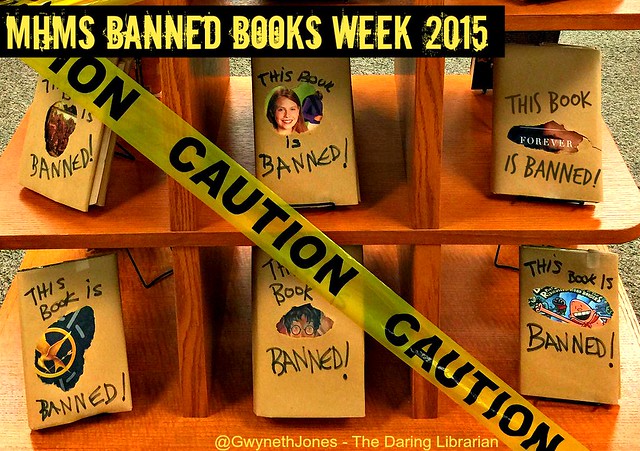 From the American Library Association:

“Banned Books Week is the national book community’s annual celebration of the freedom to read. Hundreds of libraries and bookstores around the country draw attention to the problem of censorship by mounting displays of challenged books and hosting a variety of events. The 2015 celebration will be held September 27-October 3.

Banned Books Week was launched in 1982 in response to a sudden surge in the number of challenges to books in schools, bookstores and libraries. More than 11,300 books have been challenged since 1982 according to the American Library Association.”

To celebrate banned book week here at MHMS we created a book display covering up some of the most banned books with strategic tear outs. We also created a couple QR Code resources for kiddos to learn more about Banned Books! 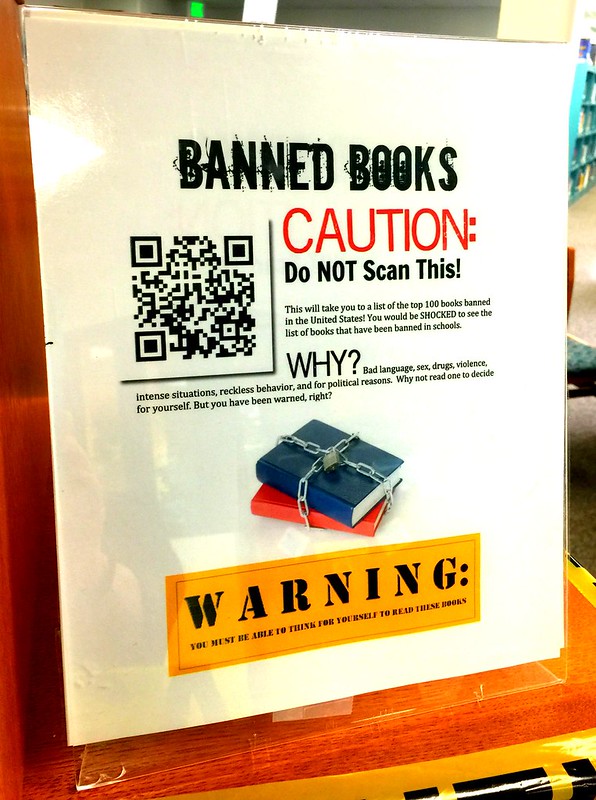 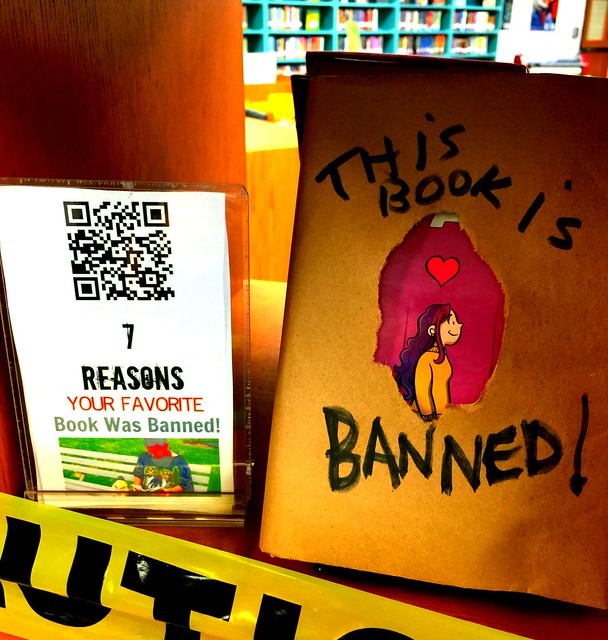 We here at the MHMS Daring School Library believe in the freedom to read without censorship!

Middle school is a WONDERFUL but quirky time for kids with wide ranges of maturity and reading levels. (and that’s why I teach middle school – because, LOVE IT!) But, I must admit, there are a few books that we have that I consider maybe to be more 7th or 8th grade in subject matter than right 6th graders. That’s when I sometimes exercise my judgement as a certified school librarian to say to a 6th grader – this may be too mature for you, wait till next year. But I wouldn’t EVER want to take that book off the shelf and not let a kid “grow into it” nor do I approve of forcing a kid to read a book. It’s all about the Freedom of Choice! Read more about Banned Book Week!

How to Make a QR Code in 3 Easy Steps! 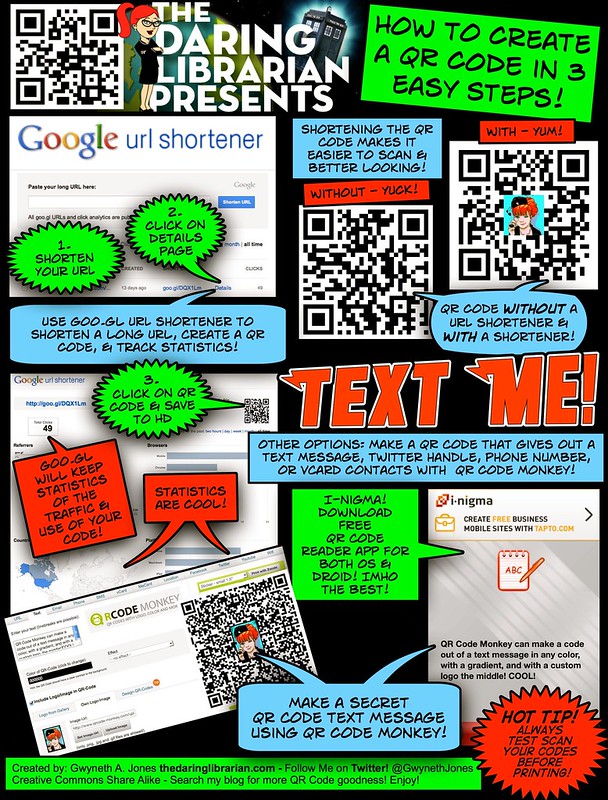 MHMS isn’t the only school library to celebrate #BannedBookWeek! Check out these Timehop pics from her friend Ms. Sherry Gick, a Teacher Librarian & Tech Specialist at Rossville Consolidated Schools in Indiana! 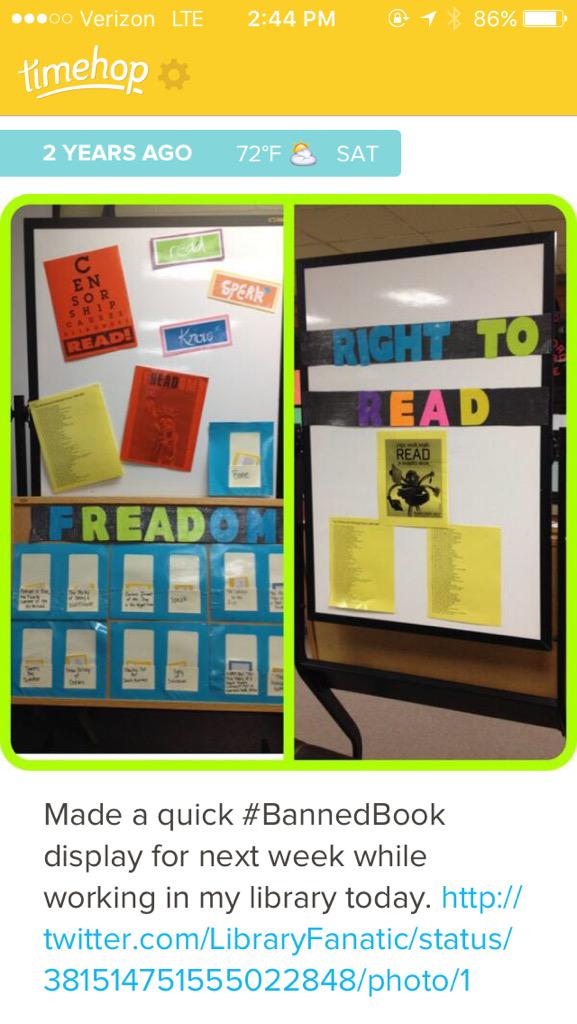 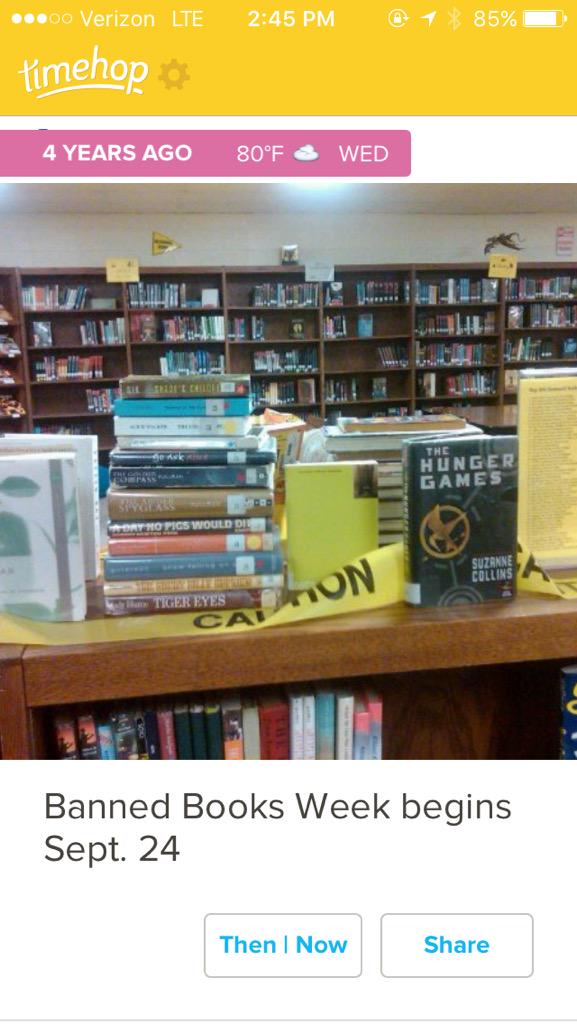